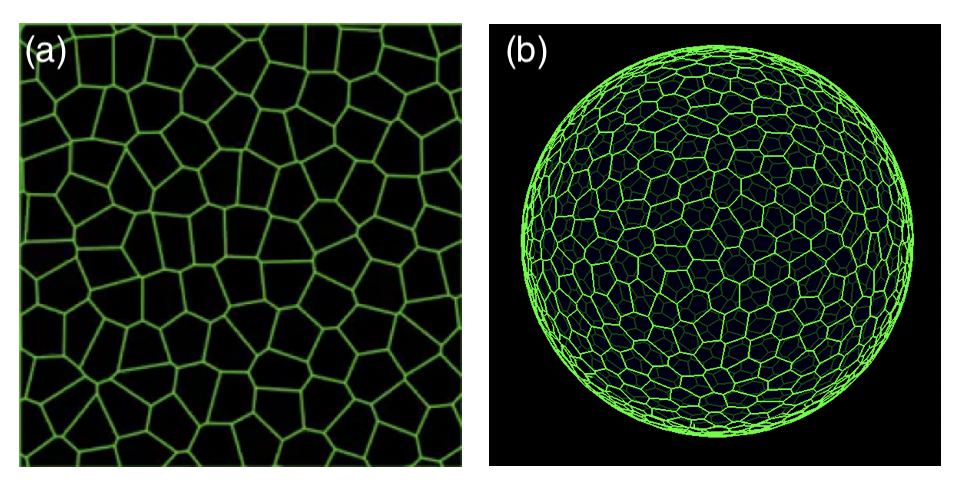 While experiments on flat cellular monolayers are quite common, epithelial proliferation often takes place in domains where the curvature of the layer is both present and may be strongly varying (as in the ellipsoidal shapes of developing embryonic systems or in the regions of both positive and negative curvature in branching morphogenesis). While gradients in curvature surely play an important role, we first studied vertex models in domains of constant positive curvature – i.e., cells on spheres!

The above embedded youtube link shows the GUI we made to demonstrate some of the underlying c++/CUDA code we wrote to perform efficient, systematic studies of both the mechanical and dynamical affects of taking dynamic apical vertex models and putting them on spheres of various curvatures. The code to do this built off of the group’s previous work on the cellGPU package, together with inspiration from the excellent work done by our friends in the Skepnek group studying soft active matter on curved surfaces. 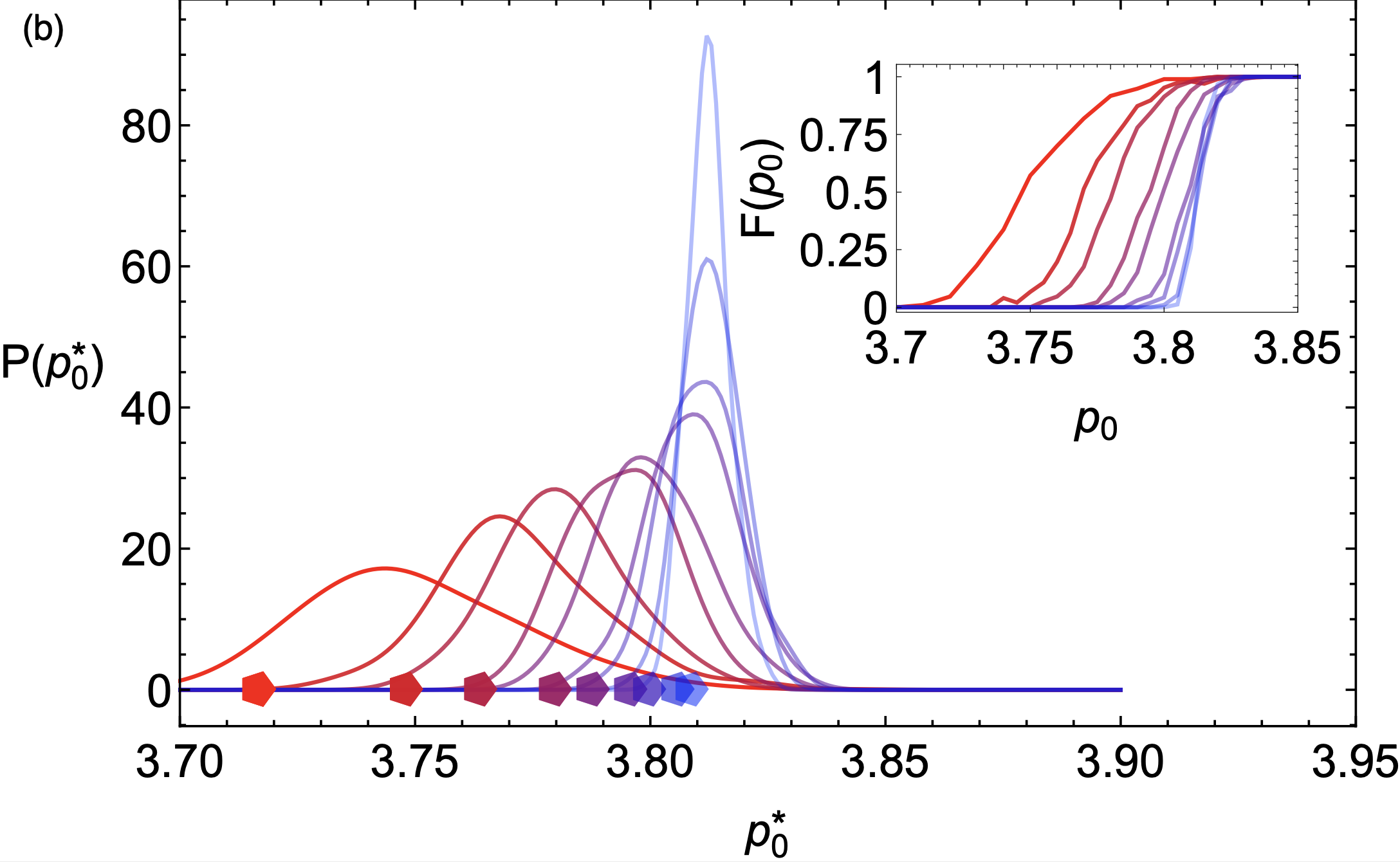 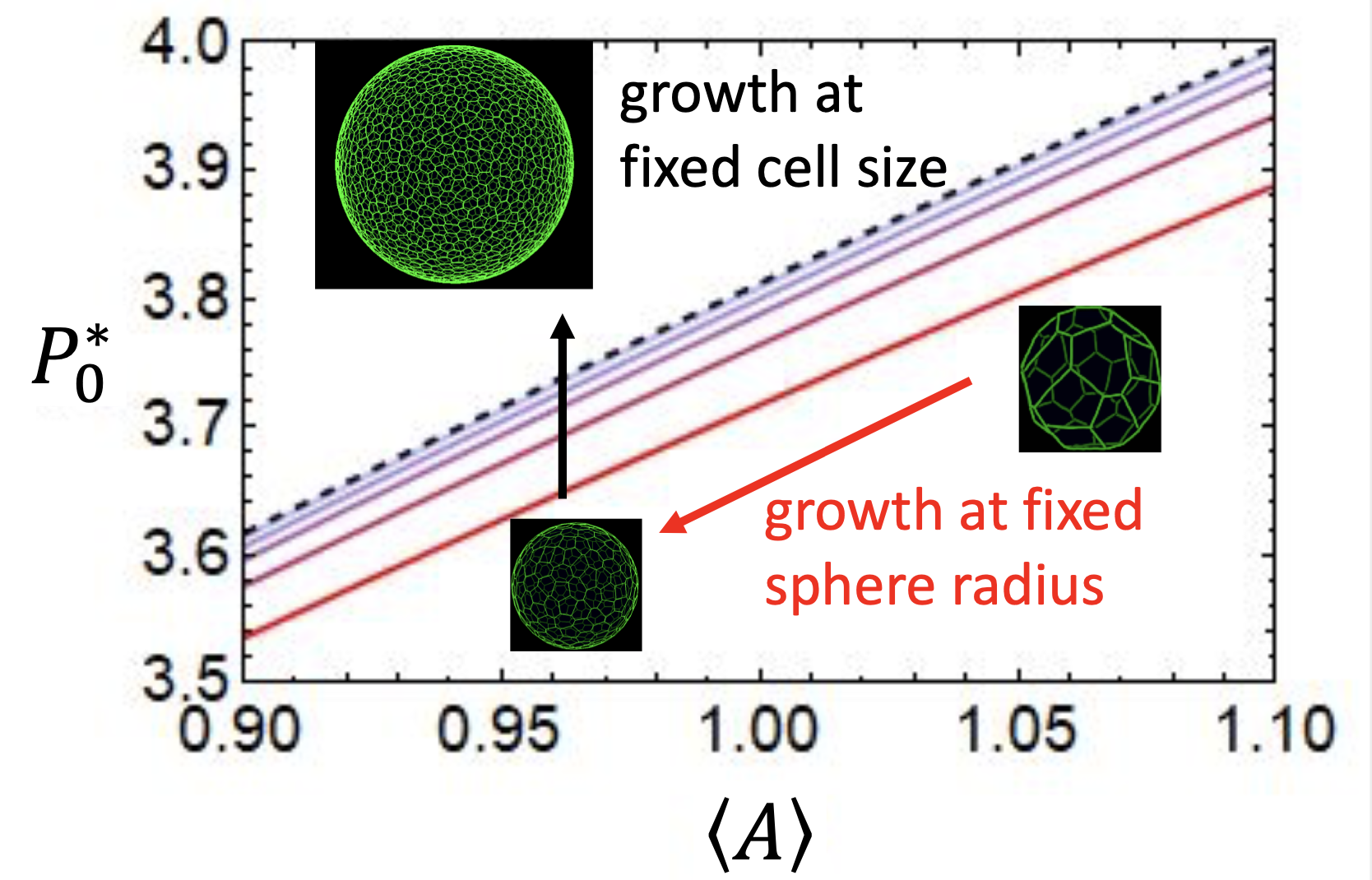 In addition to interesting changes in the glassy behavior, this initial study found strong effects of curvature on the rigidity transition present at T=0 in vertex models in flat space. In particular, the location of rigidity transition shifts as a function of the ratio between the sphere size and the typical cell size: this suggests a possible mechanism available in curved space by which cell monolayers could either jam or unjam as they divide, at fixed internal parameters, by regulating the amount that the grow the sphere on which they are embedded.